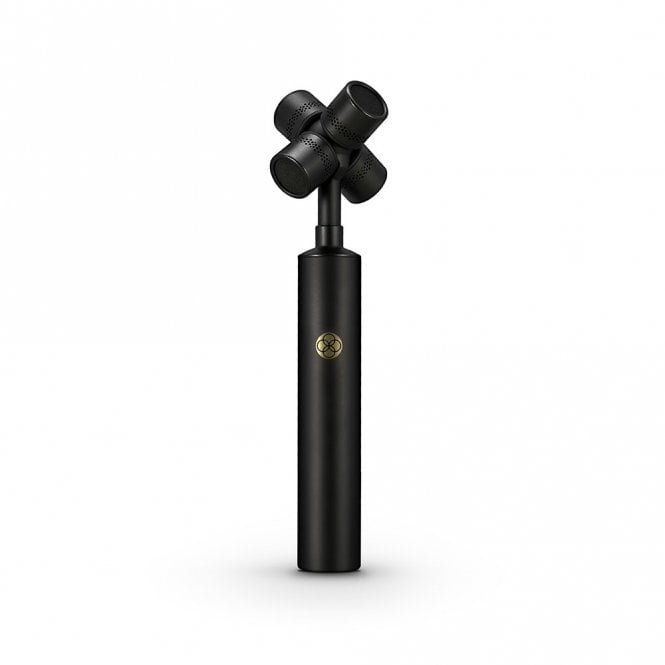 Precision manufactured from solid brass, the NT-SF1 uses four RØDE TF-45C ½” true-condenser cardioid microphone capsules arranged in a tetrahedral array to record the entire spherical sound field. Every sound, every direction, perfectly. Created in-house at RØDE’s Sydney HQ, the TF-45C is machined to tolerances of less than 1 micron in our state-of-the-art fabrication facilities. The result is a capsule with breathtaking clarity, sonic purity and exceptionally low noise.

Whether creating surround audio for video games, sports broadcasts, feature films or Virtual Reality (VR) content, the NT-SF1 is perfect for all surround sound recording and, because it is recorded in A-Format™ and easily converted to B-Format™, able to be manipulated in any direction in post-production.

Using the free SoundField by RØDE Plugin, you are the architect of the soundscape and can alter the mic directivity, position and rotation. Create a full 7.1.4 surround mix. Create a fully head-tracked 360-degree soundscape for immersive video. Whether recording opera, a swamp or a feature film, the NT-SF1 offers unparalleled quality and flexibility.

The SBR Plugin has all standard surround-sound set-ups including Dolby Atmos up to 7.1.4 and is supported by Protools, Q-base, Nuendo, Reaper and Logic in VST, AU or AAX formats, all with RØDE’s legendary ease-of-use.

The NT-SF1 comes in a full kit, including custom suspension shockmount, blimp-style windshield and furry wind cover. It is all shipped in a beautiful presentation box.