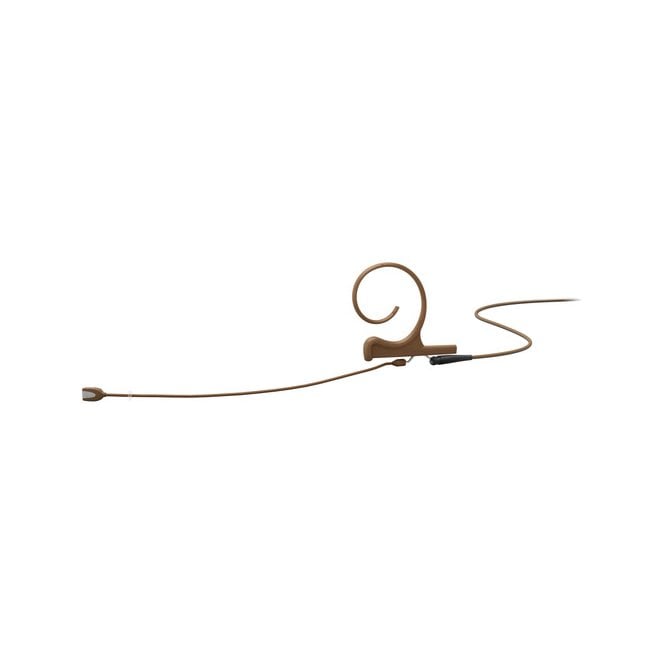 The brown d:fine Core 4188 Slim Directional Flex Earset Mic, 120mm Boom with 1/8" Mini Jack from DPA combines the sound of the d:fine 4088 directional capsule and Core amplifier in a lightweight and flexible one-ear earset. It can be used when miking needs to be fast, easy, and where the person wearing the microphone won't feel the presence of it such as in conference, speech, and active live performance applications.

The cardioid polar patterned Core 4188 gets a 14 dB increase in dynamic range than the Legacy version and is ergonomically designed to fit comfortably. It easily adjusts to fit any ear size and head shape while at the same time, it mounts securely and is hardly visible. By rotating the boom and the ear hook, the microphone can be used on either the left or the right ear. In addition, the connector splits the cable from the microphone boom allowing you to swap broken cables and / or wireless connectors quickly. Finally, it includes a makeup filter, four windscreens, ID rings with cover, and a clothing clip.