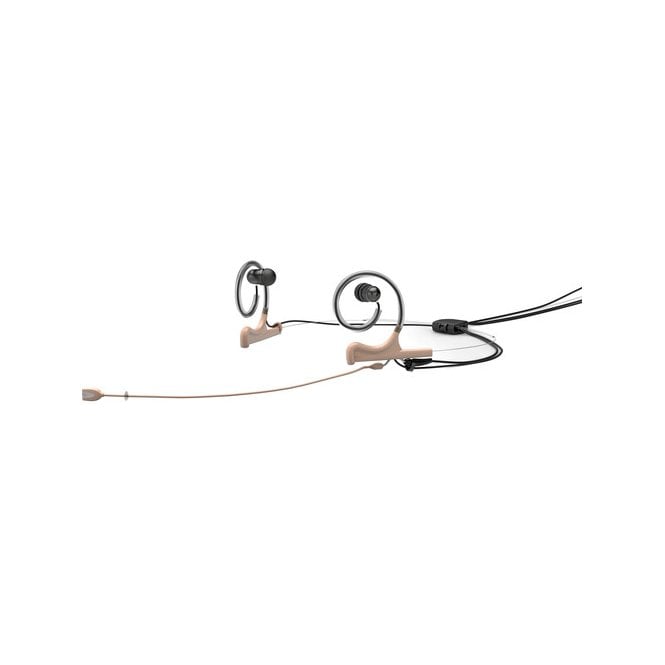 The beige d:fine In-Ear Broadcast Headset Microphone from DPA is a dual-ear mount, dual in-ear, broadcast and communication headset microphone, which is lightweight and allows you to monitor audio in two ears. It can be used in several environments for applications such as broadcast TV, radio hosts, sports announcers, producers, theater actors, singers, and more.

The In-Ear Broadcast Headset Microphone features in-ear drivers that allow no audio leakage to the microphone capsule. The cable steer, located at the headset mount, controls the cable run down the neck, so you can adjust the headset mount size and choose between left and right ear orientation.

DPA's spring steel construction integrates the cable within the earhook of the headset so that it mounts quickly and comfortably to fit any ear size. With low noise and high sensitivity, this headset mic delivers a natural sound. In addition, the in-ear monitors also deliver clear communication. The In-Ear Broadcast Headset Microphone has a 1/8" mini-jack connector for the in-ear driver.