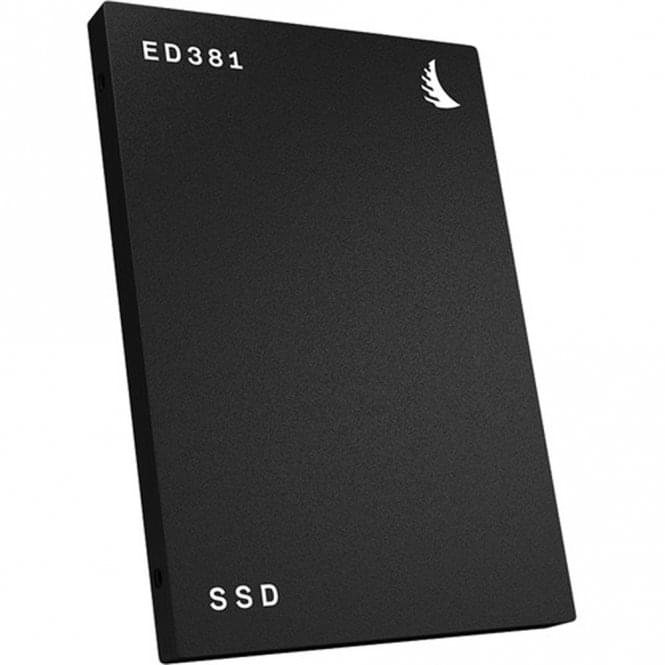 Designed for enterprise applications, this ED381 SATA III Internal SSD from Angelbird is a 2.5" internal solid-state drive that has a capacity of 960GB and fits into the 7mm drive bay of your compatible system. It provides sustained read speeds of up to 560 MB/s, sustained write speeds of up to 520 MB/s, and up to 90,000 IOPS.

The ED381 Internal SSD features a SATA III 6 Gb/s interface that also works when connected to SATA II 3 Gb/s and SATA 1.5 Gb/s interfaces. It is designed to yield an MTBF of 2,400,000 hours, ECC/EMS data reliability, 5 years of data retention at 77°F, and an endurance of up to 1750 TBW. Other features of the ED381 include TRIM support, S.M.A.R.T. monitoring, ESD & overload protection, and a temperature sensor.

With solid-state drive technology you benefit from load and access times for your files and programs that are faster than those provided by conventional 7200 rpm hard drives. As SSDs have no moving parts, they are also more durable than traditional hard drives and are better protected against damage from drops and bumps. Also, SSDs generally suffer less wear and tear than HDDs due to the lack of contact with any read or write heads unlike in HDDs.