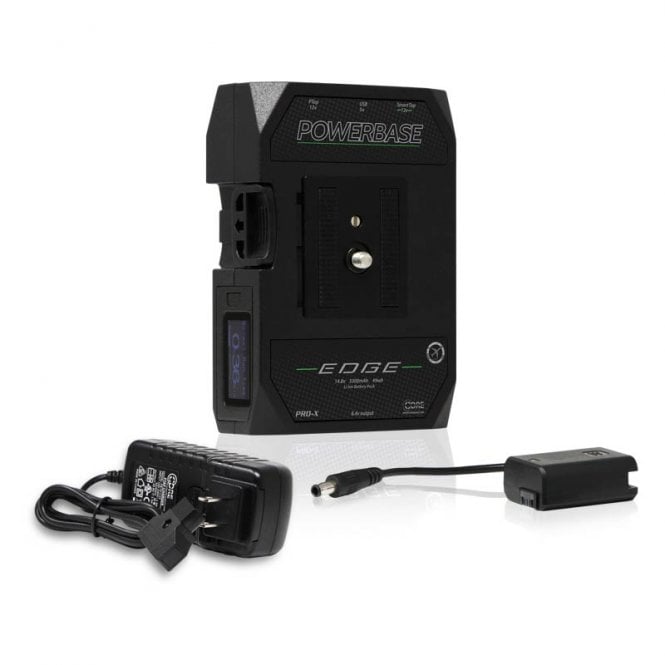 The follow-up to the highly successful Powerbase70, the Powerbase Edge is a feature-rich "small-form" Cine and DSLR pack, in a V-Mount form. The 14.8v Lithium Ion pack includes one 8v port to power various cameras, two USB output, and two power tap outputs, one of which being a SmartTap.

The 8v port provides a common power output for the majority of DSLRs and small-form cine cameras on the market which utilize small 7.4v Li-Ion battery packs. There are an assortment of dummy battery cable attachments available which insert into that 8v port. In addition to powering the camera, two on-board powertaps are accessible to power monitors, lights, wireless transmitters, etc. The two available USB ports are a welcoming addition to power/charge mobile devices on the fly, as well as power any 5v accessories(i.e. select audio recorders).