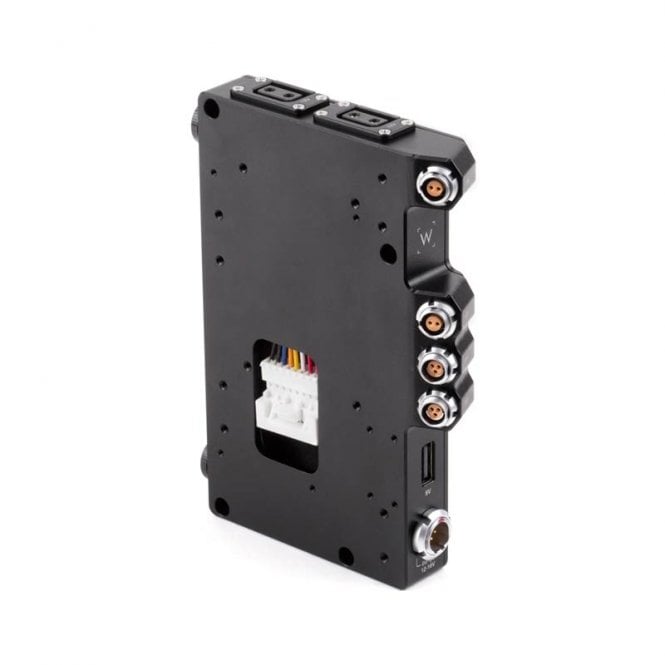 Together with the camera's battery adapter mount (not included), the box internally passes power to the output connectors and to the camera. The D-Box's DC input port enables you to connect a power supply, thus maintaining power to both the camera and its accessories during a battery swap.

The D-Box features compatibility with WC, REDVOLT, and OFFHOLLYWOOD expander modules. Connectors on the D-Box are contoured to match with those on the expanders, so there is no tangling of cables. An ARRI start/stop trigger may be connected via one of the box's 3-pin Fisher ports.

Use the D-Box with a battery mount adapter (not included) to provide power distribution for RED DSMC2 cameras: WEAPON, EPIC, SCARLET, and RAVEN