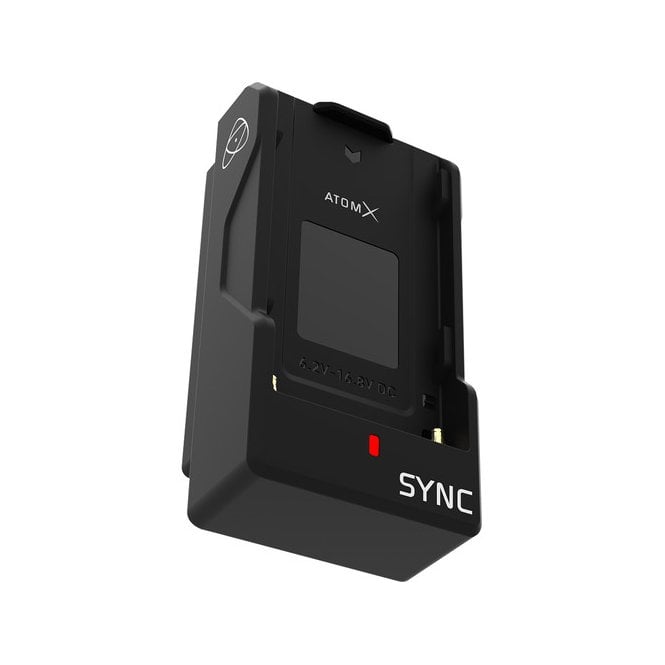 The AtomX SYNC Expansion Module for Ninja V from Atomos adds wireless timecode, sync, and Bluetooth control to the Ninja V monitor. You can sync and/or control 1000+ Ninja V units equipped with these modules on the same network at ranges up to 984' in efficient multicam shoots.

The module connects to the Ninja V's AtomX expansion port. After it's attached, it also becomes the Ninja's battery plate. It accepts the Ninja's battery, which then powers both devices at the same time. It also has a built-in power extender that allows for uninterrupted power when swapping batteries.