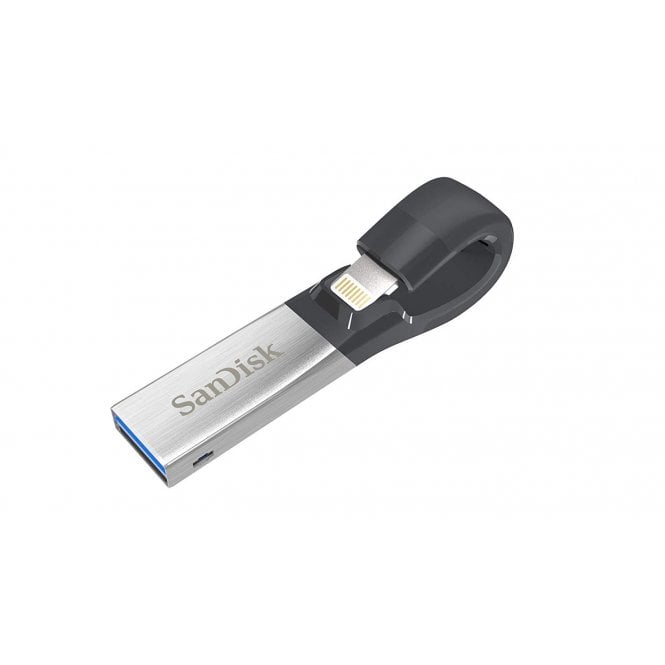 iXpand™ Flash Drive is the easiest way to transfer photos and videos between your iPhone, iPad, PCs and Mac computers. Quickly free up memory on your iPhone or iPad, and instantly expand storage by up to 128GB.

With a Lightning connector on one end and a USB connector on the other, this portable, pocket-size flash drive provides a simple way to move photos, videos, music, and files between your iPhone, iPad, PCs and Mac computers. The iXpand app can auto-sync your photos and videos to the drive whenever it's connected and lets you play popular format videos (WMV, AVI, MKV, MP4, MOV) and music directly from the drive. In addition, the iXpand Flash Drive allows you to encrypt your files for secure transfer between devices.