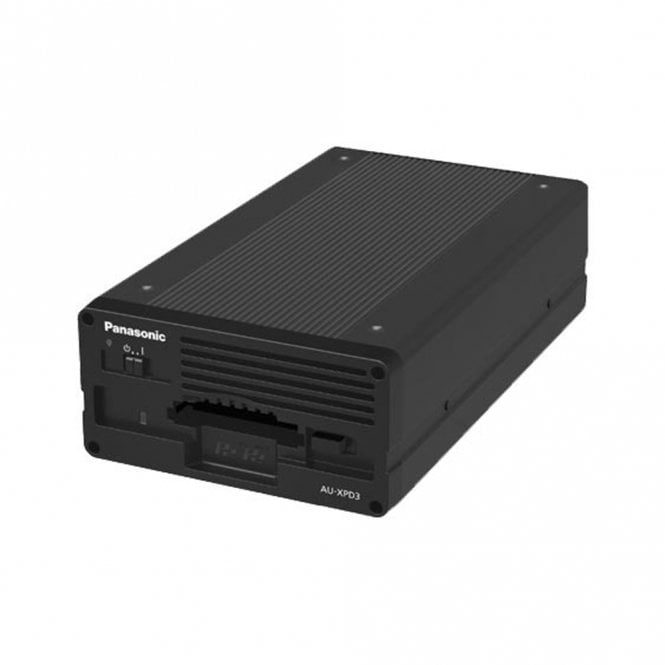 The new expressP2 card drive AU-XPD3 offers you the fastest speed currently possible with up to 17.6GBps*1. It was specifically designed for usage with the “B series” of the expressP2 cards to achieve this extraordinary speed. The Thunderbolt 3 interface enables the high speed of the XPD3. Its 8 times faster than USB 3.0 and twice as fast than Thunderbolt2.

Daisy chains are possible with the XPD3 with up to max 6 devices in one chain.

The AU-XPD3 supports both, "A series" and "B series" of the expressP2 cards. Still, maximum performance can be reached only with the "B series".