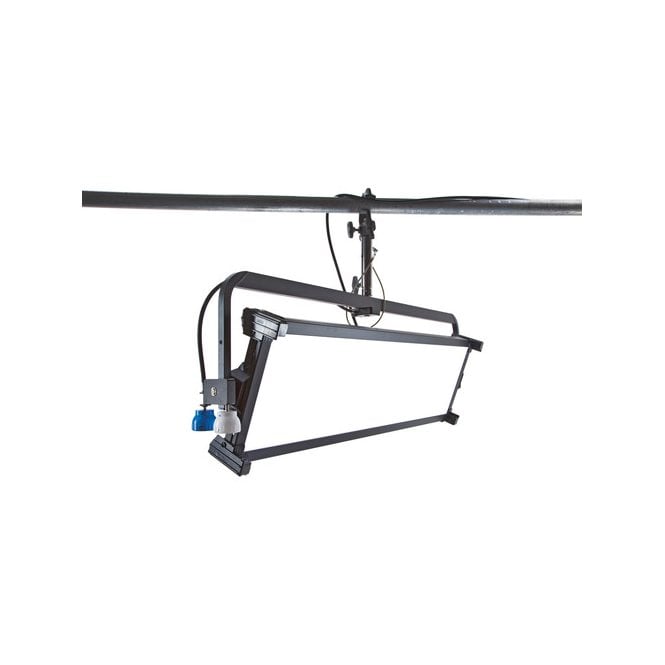 TrueMatch 3.0 transforms Kino Flo LED's into Candle, Fire, TV, Police, Lightning, Paparazzi, Pulse and Scroll effects simulators with the press of a button. Each special effects mode comes with a choice of FX types. Lightning, for example, has "Storm" and "Frankenstein". The Storm effect is modelled on the rate and amplitude of thunderstorm strikes, and Frankenstein displays brighter, more cinematic light flashes. There is also rate control, and a cue feature using the power button.

Kino Flo has taken its time coding intuitive, hands-on software that's like having an FX lighting console built into every LED controller. Presets in the TV setting, for example, are the result of hours measuring light and colour variations on TV monitors throughout a programming day. In TV "Sports" setting, the lighting effect is bias in cooler, deeper saturated blues and greens, and the light variation simulates outdoor sporting action, such as football or rugby events. The TV mode also comes with "Movie" and "Music Video" pre-programmed lighting scenarios.

All eight of the FX modes have four memory buttons to store custom lighting effects, for a total of 32 FX presets.

The Celeb family of softlights range in shape and size from the compact Celeb 250 to the wide aspect Celeb 450 to the quad frame 450Q LEDs. Celebs' built-in solid state electronics can be operated remotely via wireless DMX control boards or through standard DMX connections. Even after five years of continuous operation on feature film and television episodic production sets, every Celeb batch has remained true to their colour rendering and lumen specifications. The passive-cooled fixtures do not overheat the LED's, so no heat sink fins or whirling fans. Celeb technology achieves bright, soft light with continuous dimming from 100% to 0% on a linear or square curve without flicker at high camera speeds or at varied shutter angles. There is no light level change when shifting from 2500K to 9900K , and the colour doesn't change when the light levels rise or fall.

The onboard controller's interface makes it easy to bridge the gap between what a user knows and doesn't know about operating Celeb LED's. Kino Flo's unique push-button and scrolling system makes it intuitive for users to navigate the menu of choices, including Dimming, Kelvin, Green/Magenta, Hue/Saturation, and RGB vales, plus LumenRadio® wireless DMX linking, DMX addressing, 8-bit and 16-bit dimming, Menu screen rotation, and a other important selections. Kino Flo's unique centre mount options are available on the Celeb 250 and 450 Celeb fixtures; the 450Q comes in a yoke version only. All Celebs come in yoke or pole operation versions, and include rigging/stacking corners and a 90 degree focusing louvre.