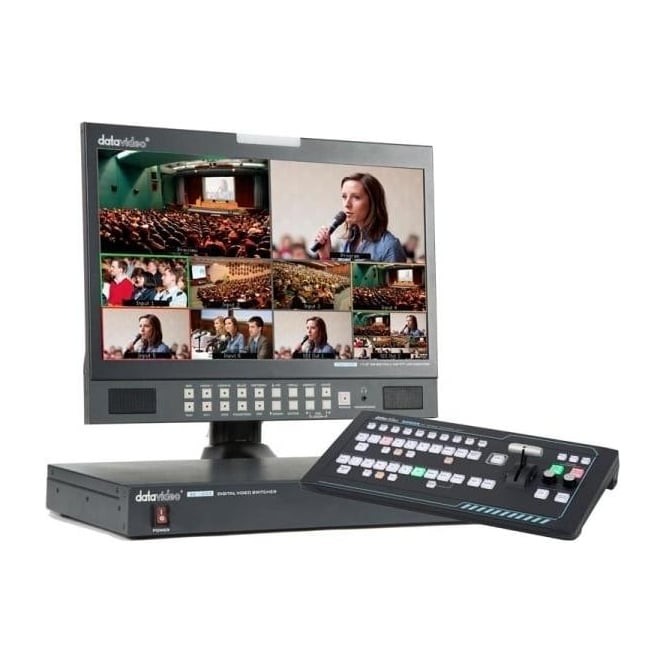 Whether you are filming a seminar or conference, conducting a live outside broadcast or shooting inside a production studio, the Datavideo SE-1200MU HD video switcher enables you to switch seamlessly between video sources and blend high-quality digital content on the fly.

SE-1200MU streams out multi-view screen video in real-time to a control PC for monitoring and control remotely. It is designed to be fully controlled from any Windows Laptop / PC and Android tablet / iPad / Mac with the included SE-1200 software control panel.

SE-1200MU includes four SDI and two HDMI inputs with embedded audio and an internal frame synchronizer so you can use sources without gen-lock such as consumer HDMI cameras or even computers for live PowerPoint™ presentations.

It is designed to be a user switcher-style controller to allow easy & quick control SE-1200MU, with hard keys for the main switcher functions and on-screen menu controls for quick & easy adjustment of parameters in the field.

The RMC-260 can be used with or without the PC Control Software, although the PC Control software must still be used for Software Upgrades and Import/Export of User Mems, Stills, and Clips.