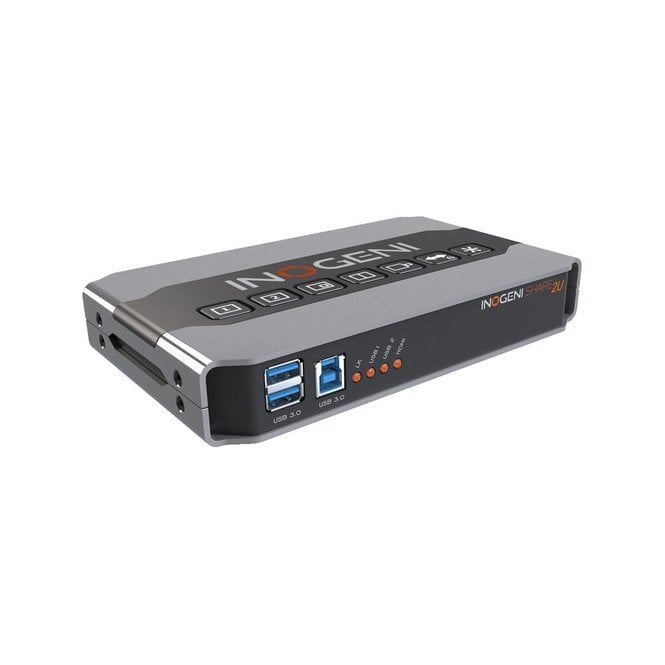 Mix two channels of HD video over USB or HDMI and capture them with the INOGENI SHARE 2U USB/HDMI Mixer and Capture Device. Dual USB inputs and single HDMI input are available (only two can be used simultaneously). Uncompressed 1080p30 video is accepted over HDMI, while MJPEG and H.264 video formats from POV and webcams are supported via USB.

The built-in video mixer can show one input or the other, or display both inputs in side-by-side, big and small, and picture-in-picture configurations. All video processing is done using hardware, so video quality remains high latency is minimal. The advantage of using a mixer like the SHARE 2U is the ability to show more than one video input on teleconferencing software such as Skype, Zoom, Webex, and GoToMeeting with one-touch controls. Unique to the SHARE 2U is the incorporation of an HDMI mixed output in addition to the USB connection. With this connection, you can send mixed feeds to your computer for recording or teleconferencing, while simultaneously sending video to a projector or monitor. Control over the device can be taken using the host PC, or remotely via RS-232 and Ethernet.