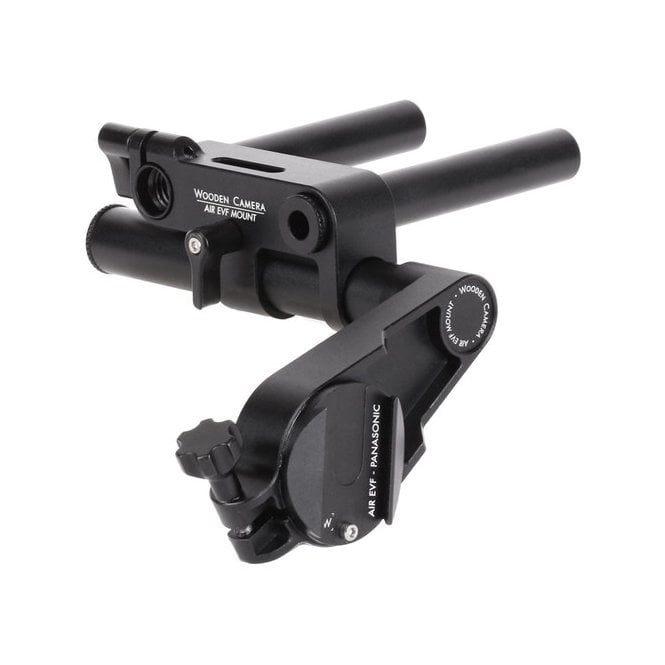 The system moves forwards and backwards over the lens area on two 15mm rods, left and right on a 19mm rod, and a friction knuckle allows for quick tilting of the EVF without having to loosen a thumbscrew.

A top 15mm lightweight rod mount is required for proper attachment of the AIR EVF Mount, and the Master Top Handle, shown in the example photos and video is a good option for this. Alternatively, if you have the NATO Handle Kit (Plus, 100mm) or similar, a Rod Clamp (15mm LW) can be added to the front which would hold the two 15mm rods. The tool-less design allows quick installation and removal of EVF and if further extension is needed for tripod shooting, the AIR EVF Extension Arm (Panasonic VariCam EVF AU-VCVF10G) can be installed using the same method.