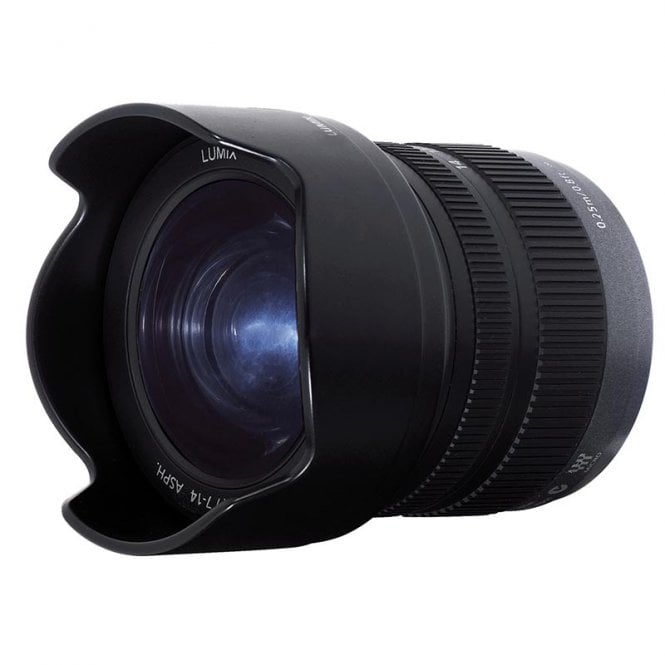 Taking advantage of its wide, 114-degree angle of view, users can easily fit subjects into the frame even when shooting indoors where the distance is limited. The world looks extraordinary when viewed through the new lens, allowing photos and movies to be recorded with a uniquely rich perspective.

This high-performance lens system achieves outstanding compactness by combining 16 lens elements in 12 groups, including two aspherical lenses and four ED lenses. Image resolution is high from corner-to-corner even at the wide-angle setting. It also features F4.0 brightness over the entire zoom range thanks to its large-diameter glass molded lens elements.