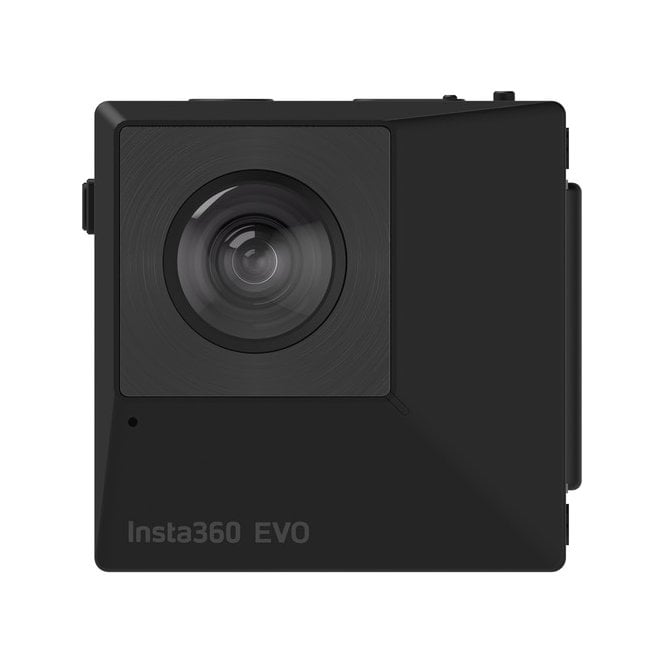 The Insta360 EVO shoots up to 5.7k video or 18MP photos, both with image stabilisation. Folded with lenses on the front and back it can shoot immersive 360° media, unfolded (see below) it locks into place to capture 180° 3D. It includes twin microphones, a MicroSD slot and a tripod thread mount.

Folded it measures around 5cm cubed, unfolded just under 10cm wide whilst weighing just 113g. Its 1200mAh battery provides 65 minutes runtime and takes 90 minutes to charge. Connect your smartphone to the EVO via bluetooth for full control via the app available on android and iOS.

Thanks to its 6-axis in-camera stabilisation and 100Mbbps video bit-rate, this device will appeal to consumers and professionals alike. A simple 3D VR glassed adapter is included in the box, allowing you to use your smartphone to preview VR content.