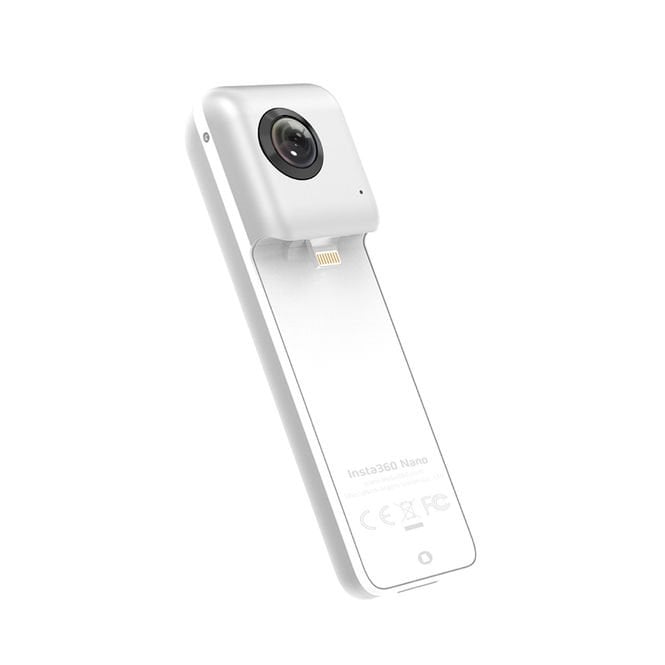 The Insta360 Nano 360 Degree Camera creates 360 degree images and videos, and attaches neatly to your iPhone. When paired with the Insta360 App it is extremely user-friendly, allowing you to point, shoot and share with ease.

Like the iPhone, the Nano has become the industry leader in its field, and the 360 camera that others try to match.

You can also film independently with the Insta360 Nano 360 Degree Camera without connecting it to your iPhone.