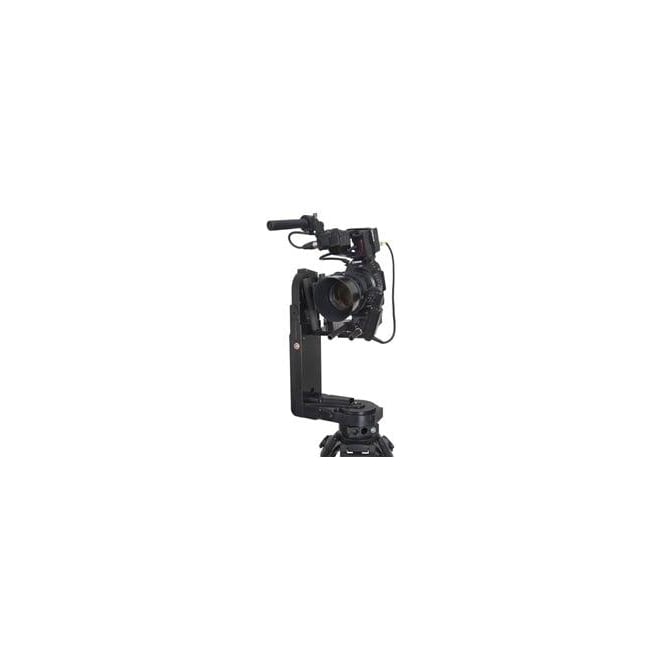 Utilizing our encoded hand wheels for fully independent, ultra-smooth pan & tilt, the CP JR-K1 offers cinema-grade motion control in a compact, user-friendly, affordable package. The Cinema Pro Jr borrows heavily from the acclaimed Cinema Pro master motion control system, and although it's scaled down about 35% in most respects, the CP Jr's baseline performance is remarkably close to that of its big brother. At only 13 pounds, the Cinema Pro Jr is ideal for jib and remote field applications, and its superior programming capability and rock-solid electromechanical performance make it a perfect upgrade for the low-tech heads found on most jib systems. The CP Jr sets up quickly with no twisting wires or tedious balancing process, and it's capable of extremely precise, repeatable movements at any speed. The CP Jr also performs extremely well as a high speed fixed-mount head or a feature-film quality motion control system for small to mid-scale productions.

Incorporating such high-end features as precision enclosed drivetrains, pan slip ring, recordable/repeatable motion control, built-in zoom/focus control, soft limits, and full parametric motion control settings, the CP Jr is unlike anything on the market at its price. Adding to its appeal is the seamless upgrade path for increased programming capability, multiple control input options, and compatibility with an array of existing Cinema Pro accessories. The Cinema Pro Jr is precision-made yet rugged and becoming the logical and affordable choice for a much broader scope of users than any head on the market. Cost effective not only for big budget motion pictures, but for worship facilities, sports, concerts, newsrooms,military,government, and other film, video, and HD applications.

Proudly Made in the USA, the CP Jr is constructed from body sections that are CNC machined from solid billet to exacting standards, so rigidity and structural integrity are second to none. The custom slip rings and robust motor drives are designed and tested intensively to perform flawlessly under the most demanding conditions, and the electronics & software have years of field testing behind them. Add to all this the painstaking assembly and QC done in our state-of-the-art facility, and you've got a motion control head of the highest caliber.