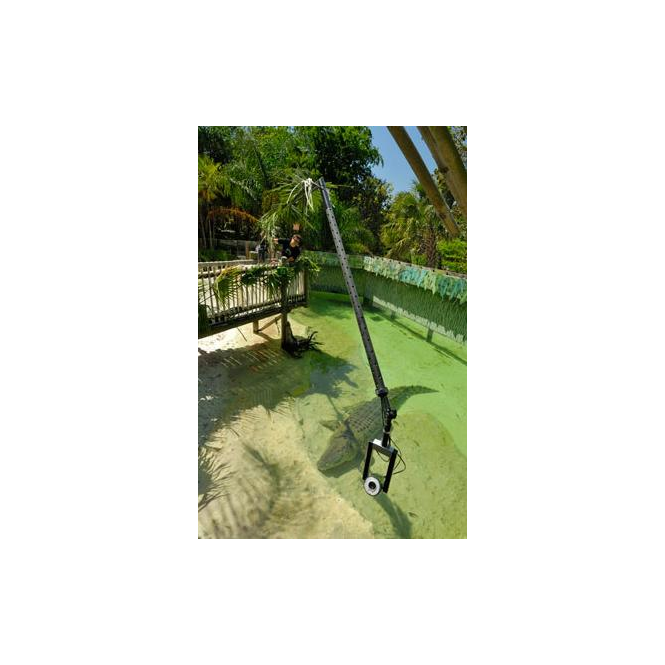 Accommodating remote head SD and HD cameras it can be used either on Polecam or with a standalone clamp.

FishFace is a completely submersible camera housing and pan & tilt unit with full 360 degree pan capability with unrestricted movement. The housing will accommodate both high definition and standard definition cameras sold with Polecam.

The FishFace head can be used on Polecam at it's maximum length which gives you a reach of 26 feet (8 metres) when using 7th Heaven or 20 feet (6 metres) when using the standard five sections of carbon fibre. To overcome the problem of buoyancy the carbon fibre poles supplied with FishFace have been drilled with holes to allow water to flood in and out easily. The camera housing can easily be removed from the pan & tilt unit and can be used with the standalone clamp provided.

For those people without a Polecam, we sell FishFace as a standalone option called a SwimAlone Housing. Everything is included except the pan & tilt drop arm. Fantastic underwater shots can be gained with the swimalone housing and iris control is possible with the addition of the standalone iris controller which is available as an extra.

Live transition air-water-air shots are easily realised with FishFace and operators can easily create unique shots. To date FishFace and Polecam have produced some stunning footage from the following events: