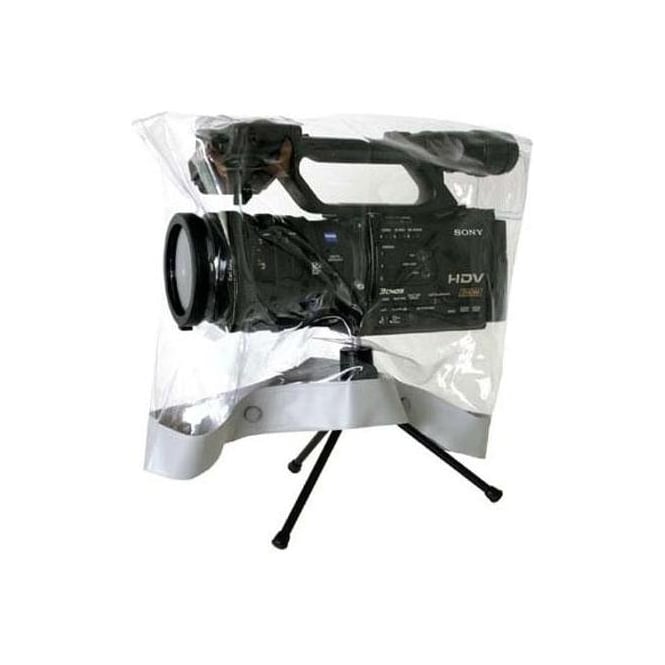 The VC-FX raincape is specially developed for cameras like the camcorder Sony HDR-FX1 and Sony HVR-Z1. But it fits also cameras which have the same shape and size.

It is manufactured from special PVC and has an integrated, optically neutral flat glass port.

The camera is attached to the front port, by means of an ewa-marine C-A52 adapter. This patented system attaches the cape to the camcorder and holds the front port in front of the lens like an optical, clear filter.

Due to the new design, it is now possible to open a flap on the cape and to use the cameras LCD-monitor. Simply turn the fold-out monitor once around its own axis and fold it back.This is ideal for tripod operation.

The VC-FX can be closed by means of press-studs at the bottom.