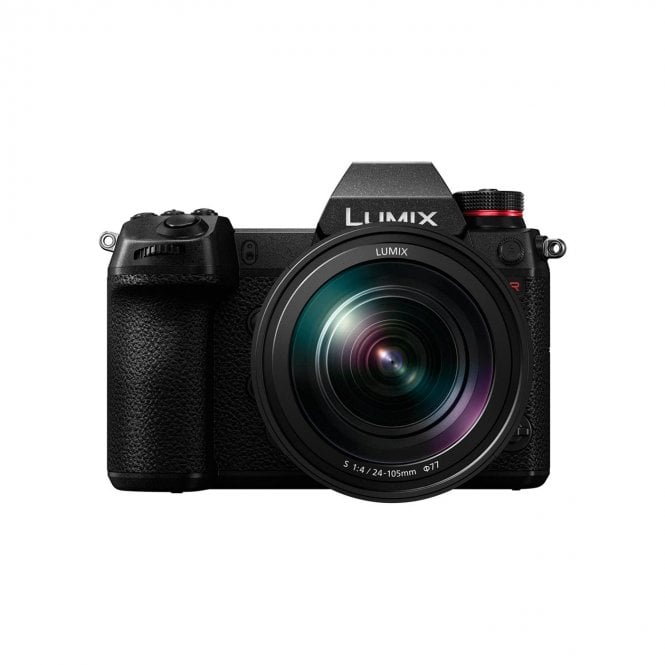 Powered by a new Venus Engine, the LUMIX S1R incorporates a high-speed, high-precision AF system ensuring the camera meets the exacting demands of professional photographers in all shooting situations. To capture the decisive moment, the photographer frames the image using the world’s highest resolution electronic viewfinder with unrivalled clarity via a 5.76-million-dot OLED display. Built around the wide diameter L-Mount the LUMIX S1R is designed to provide uncompromising image quality by combining best-in-class detail resolution and photographic control, with outstanding image stabilisation and advanced video recording.

The detail gathering ability of the full-frame 47.3-million-pixel CMOS-sensor (36 x 24 mm) is boosted by absence of a low pass filter, ensuring the finest textures in any scene will be captured accurately.

Low noise even at high ISO

New aspherical micro lenses over each pixel improve the light-gathering abilities of the sensor so low noise levels are maintained at high ISO settings. The LUMIX S1R offers an ISO range of up to ISO 25.600, making it ideal for working in low light conditions. For situations demanding greater resolution than 47.3-million-pixels, photographers can create incredible 187-million-pixel images using the camera’s High Resolution Mode. This feature combines information recorded in eight exposures that are taken as the Body I.S. system makes adjustments to the sensor position. The result is a 16.736 x 11.168-pixel RAW-file bursting with information. A feature of the High Resolution Mode is the option to supress motion blur.

The 5-axis Body I.S. (Image Stabiliser) system compensates for the effects of camera shake to make shutter speeds of up to 5.5-stop slower than usual safe to use. Combined with the 2-axis O.I.S. (Optical Image Stabiliser) in the LUMIX S Series lenses the Dual I.S. 2 system increases the level of compensation to 6-stop, and works to eliminate the effects of a wide variety of camera movement types in both still and video photography. Making use of more sophisticated technology, vibration measurements are taken not only from a gyrosensor but also using information from the image sensor itself and from an accelerometer sensor in the camera. To help photographers remove sources of camera shaking, an I.S. Status Scope has been added that displays a graphic interpretation of vibration.

Combining contrast detection and Panasonic’s unique DFD technology with ultra-fast processing creates a focusing system that provides both speed and precision. To achieve extremely fast and accurate focusing, the Venus Engine, CMOS sensor and the new LUMIX S lenses communicate at up to 480 fps allowing the system to react in 0.08 seconds. The autofocus works with as little light as remarkable -6 EV.

Focus acquisition and tracking is enhanced with Advanced Artificial Intelligence Technology that detects humans, cats, dogs and birds. Determining what the subject is helps to anticipate its movement patterns and allows the autofocus to keep tracking the subject even when its back is turned. Face, eye and pupil detection ensure portraits are focused correctly. For fast moving situations the LUMIX S1R is capable of shooting at a rate of 9 fps in AFS or 6 fps with continuous focusing. The 6K Photo mode allows bursts of 18-million-pixel JPEG images at 30 fps, while 4K Photo offers sequences at 30 or 60 fps with 8-megapixel resolution.

The world’s highest resolution electronic viewfinder provides photographers with unrivalled clarity via a 5.76-million-dot OLED display. The Real View Finder offers refresh rates of up to 120 fps and a lag of just 0.005 seconds for smooth and realistic tracking of motion while panning with moving subjects. The display resolution, matched with a 10.000:1 contrast ratio, makes for a very clear and detailed view. The finder magnification can be adjusted from 0.78x to 0.74x or 0.7x for the comfort of the photographer.

The camera’s 3.2-inch touchscreen features 2.1-million-dot resolution and is mounted on a triaxial tilt rear monitor that allows it to flip out for low or high angled viewing in both portrait and landscape orientation. Night Mode, Live View Boost and illuminated buttons help those working in dark conditions, and the camera’s top plate offers a largest-in-class back-lit status LCD to keep the photographer informed of important shooting settings at a glance.

While developed primarily for outstanding photography the LUMIX S1R is capable of advanced video recording in 4K resolution at up to 60/50p. High Speed Video allows 2x slow motion at 60 fps in 4K, and settings down to 6x slow motion in Full HD with frame rates of up to 180 fps. The signal can be recorded in camera on SD or XQD or externally via the HDMI Type A port. Line-input is supported by a 3.5 mm microphone socket while audio can be monitored using the 3.5 mm headphone port. Advanced audio quality can be achieved using the DMW-XLR1 microphone adapter in the hot shoe with professional microphones and XLR input sources.

Developed for professional photographers, the LUMIX S1R has been built to withstand heavy use with magnesium alloy die-cast front and rear panels and sealing at every joint, dial and button. The camera is resistant to dust, splashes and operates at temperatures as low as -10°C. The shutter unit is designed to endure 400,000 actuations. It allows mechanically driven exposure times as short as 1/8000 sec to ensure the capture of fast moving subjects even using open aperture settings of fast lenses in the bright sunshine. The external flash can be synchronized with the industry’s fastest shutter speed of 1/320 second. The control buttons and dials are located based on an ergonomic study to enable the user to concentrate on shooting. The adoption of an 8-directional joystick and refined UI (User Interface) also supports quick operation during shooting. A lock lever prevents unintentional operation, and the user can choose which functions to lock.

Photographers can also protect their work by having the camera automatically add their personal details and copyright to Exif data as pictures are recorded. Double memory card slots are provided for SD (UHS-II) and XQD media, and compatibility with CFexpress is due in the near future.

For the individual look, in-camera controls provide the photographer with great flexibility in the way the JPEGs are recorded. Each photo style can be adjusted and new ones can be created and saved. A Flat option produces JPEGs with flat contrast and saturation as a flexible starting point for post-processing. New photo styles include HLG Photo Modes (Hybrid Log Gamma) for vibrant high dynamic range pictures that retain extreme highlight detail suitable for display on the latest Panasonic HLG-compliant 4KTV via HDMI cable connection or other HLG-compliant devices. Images taken with the HLG modes can be saved as HSP files in stunning 8K resolution, as well as in JPEG and RAW formats.

Compatibility with Bluetooth 4.2 enables a constant connection with a smartphone or tablet with minimum power consumption, as well as allowing camera settings to be shared between multiple LUMIX S1R bodies. Wi-Fi 5GHz (IEEE802.11ac) in addition to 2.4GHz (IEEE802.11b/g/n) provides a secure and faster connection to smartphones/tablets for remote control and image/video transfer.

A versatile standard zoom lens covering wide-angle to medium-telephoto focal lengths. It assures excellent sharpness across the entire zoom range and is useful for many applications from landscapes to portraiture. It is also perfect for close-up and macro work, offering 0.5 x magnification and a closest focus distance of merely 0.3 m. Combining the Optical Image Stabiliser (O.I.S) with the Body Image Stabilisation system of the LUMIX S1 and S1R cameras allows 5-Axis Dual I.S. 2 technology to offer up to 6 stops of compensation. The lens comprises 16 elements in 13 groups and uses two aspherical lenses and two extra-low dispersion elements to avoid chromatic aberration and achieve high degrees of detail resolution.

The L-Mount was developed by Leica Camera to provide customers with a future-proof, flexible, robust and precise bayonet that will meet even the most demanding photographic requirements. After its initial launch in 2014 in the Leica T, the L-Mount has been continuously developed by Leica Camera and its partners, resulting in improved and quasi-new L-Mount technology.

For the widest possible variety of products, the diameter of the L-mount was a dimension of 51.6 millimeters, making it suitable not only for full-frame cameras but also for APS-C sensors. The small footprint of only 20 millimeters allows for a small distance between optics and sensor, making lenses much more compact – particularly useful for wide angle development. To withstand even the heaviest loads and to guarantee maximum safety for customers over many years of intensive use, camera bayonets become wear resistant Stainless steel and with four flange segments, which prevents tilting and ensures a particularly firm and flat fit of the lens. The standardised L-Mount contact strip ensures smooth communication between the electronic components in the lens and the camera, including the possibility of firmware updates for lenses, in order to react to technical developments and thus ensure full performance in the future.

Currently, the Leica SL system in full format and the APS system with camera models Leica CL, TL2 and TLde use the lens mount. All the optics of the different systems can be operated without restrictions and without adapters on all cameras – here is already one of the many advantages that customers have through the unified bayonet.In the near future, both the Leica CameraAG, as well as Panasonic and Sigma announce other products using the same standard.