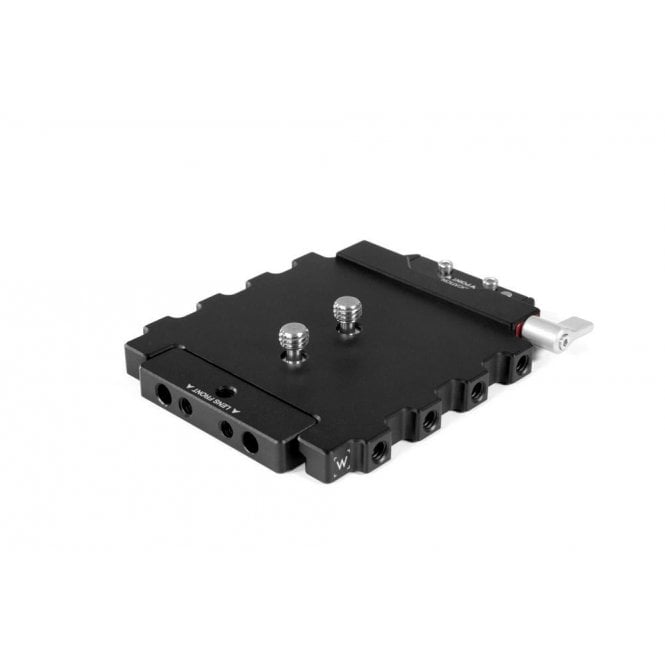 Quick Riser (Epic, Scarlet) includes a quick release dovetail which can attach to tripod plates or any ARRI standard bridgeplate such as Unified Bridgeplate (19mm) or Unified Bridgeplate (15mm Studio). When studio rods are not needed, a Dovetail Clamp can be added instead to interface with 2060 Dovetails, Safety Dovetails, or Shoulder Rigs. To quick release out of dovetail, turn thumbscrew and depress pin, move camera toward rear, and remove.

The Quick Riser is compatible with the DSMC2 line up, however it will not be compatible with our future cage accessories developed for the Weapon, Scarlet-W, Epic-W, Raven cameras.