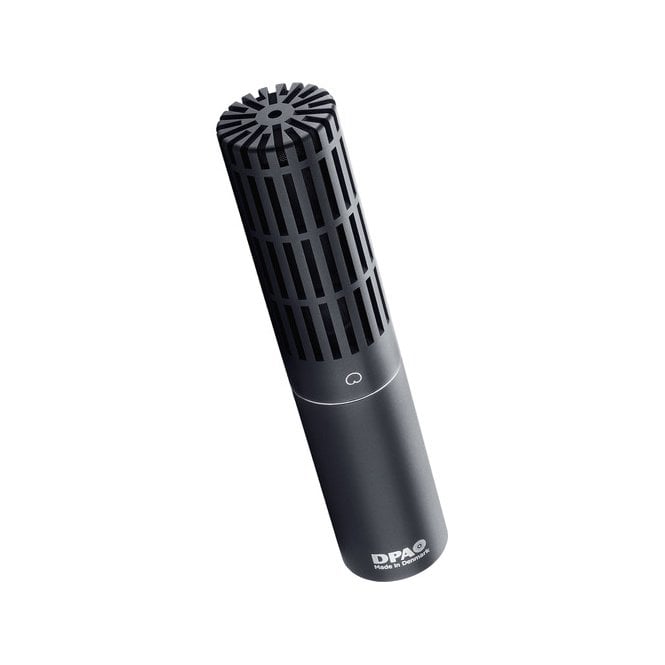 The new DPA 2011C microphone has strong references to the acclaimed close-miking and hi-SPL handling specialist DPA 4011 cardioid microphone â€“ not only by its type number 11, also in its all-round capture abilities.

2011 is primarily optimized for on-stage use and the technology combines the new Twin Diaphragm Capsule and DPAâ€™s strong know-how within interference tube technology.

While 4011 has gained worldwide admiration for its total linearity at all sound confrontations, the 2011 is purposely aimed differently; the off-axis response is still linear but in a smaller frequency bandwidth making stage separation and gain-to-feedback higher and mic level easier to control.

2011C is part of the flexible DPA d:dicate Recording Microphones series. The 2011C with the MMP-C compact preamplifier offers a subtle character alteration with a bit more â€œbodyâ€ to the low end â€“ in addition to its easier-to-position approach. The 2011A with the MMP-A preamplifier is the audiophileâ€™s choice with low distortion and total accurate and faithful sound.

At any time and with no tools necessary it is possible to transform the basic 2011 microphone into a new configuration by combining it with another DPA microphone capsule or preamp.

The overall distinctive sound image from the DPA miniatures is so well balanced that it meets the high demands of the DPA Reference Standard league.

In a 2011 capsule two opposite facing miniature capsules are custom re-built into a double diaphragm, one-capsule composition.

The use and control of interference tubes has become a DPA specialty and the 2011 is no exception; the capsules are loaded to the supreme Reference Standard preamps instead of the tiny miniature FET preamp from the 4060 miniature series, offering even more air and precision.

The 2011 has found its use on numerous stages and recording sessions. Exhibiting a previously unheard blend of clarity, richness and dynamic range, the 2011 performs like a much more exclusive microphone and redefines the term value for money.

The ST2011C stereo pair is supplied in a specially designed PeliTM Case.