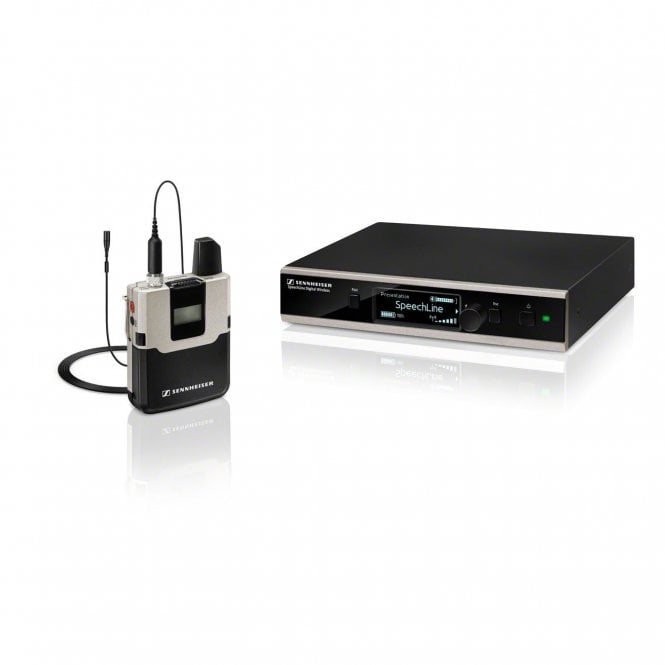 The set includes the bodypack transmitter, stationary receiver and everything to use or install.

It comes wiht the MKE 1 condensor lavalier microphone – so not just A lavalier mic, but the best and most unobstrusive one for great presentations with best speech clarity.

All sets also come with rechargeable accupacks with up to 15 hrs of operating time. The accupack is also USB rechargeable, the cable is in the box, the USB socket is presumably just a step away from you.

The two types of sets are either Rackmount Sets (-R version), which come with everything needed for rack mounting, or Case Sets (-C version), in a transport case – without rackmounts, if you do not want to install the receiver.