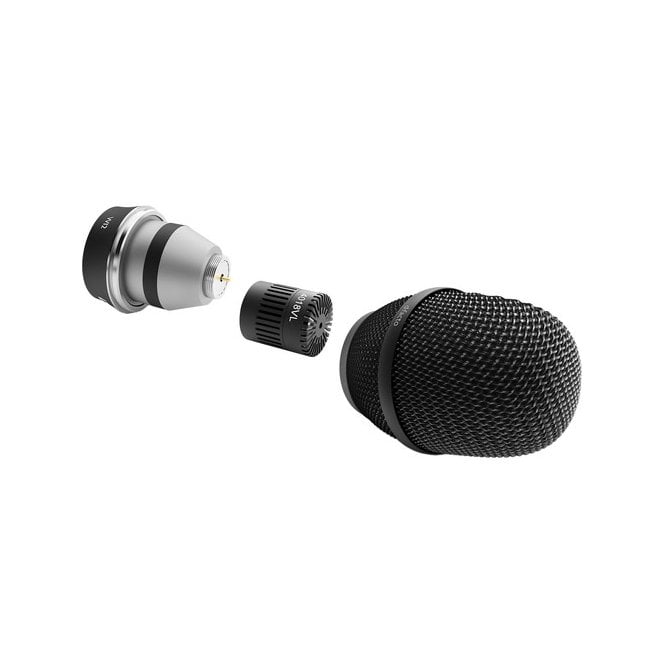 The d:facto MMC4018VL Linear Supercardioid Microphone Capsule for Vocal from DPA features an isolation-optimized polar pattern and is designed to augment the human vocal range. It can be used to capture speech and vocals in sound reinforcement applications such as for stage, recordings, and more.

The capsule provides an applicable opening angle around the center axis comparable to a cardioid, which means that a pleasant tolerance around the center axis is obtained for the singer. In addition, the rear rejection is higher than other supercardioids, and the rear lobe opening is extremely uniform and controlled.
You can combine the d:facto MMC4018VL Linear Supercardioid Microphone Capsule with any of the d:facto adapters for wireless systems or the d:facto handle for wired use (sold separately).