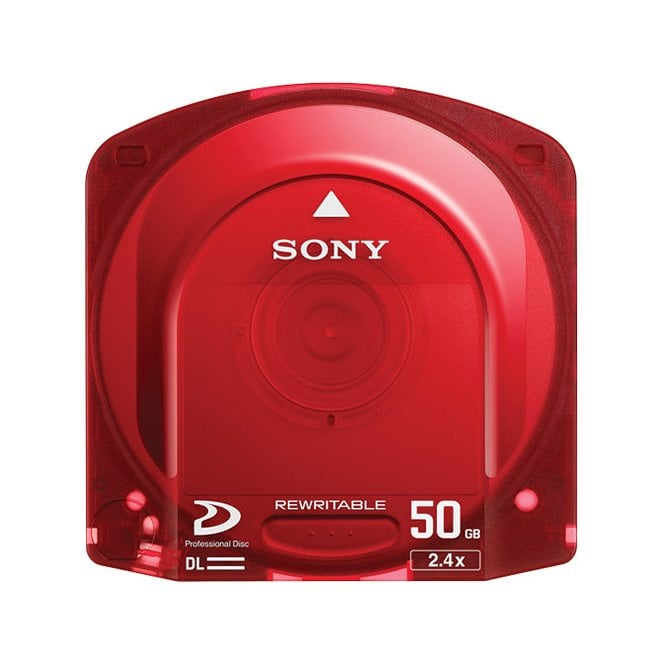 The PFD50DLA media is compatible with new XDCAM HD products planned for availability in September, including the PDW-F355L camcorder, PDW-F75 deck and PDW-U1 Drive Unit. The dual-layer disc is also designed for optimum performance with future versions of the XDCAM system.

The dual-layer PFD50DLA is a 12cm (5 inch) rewritable optical disc with a track pitch of 0.32 µm, encased in a protective cartridge thats designed to be resistant to dust, shock and X-rays.

With both the new dual-layer disc and original single-layer version, users can expect a minimum of 1,000 read/write/erase cycles and 1,000,000 read cycles, under specified operating conditions, and an estimated archival life of more than 50 years, according to Sony testing.

The new dual-layer media will be available in September, at the same time as the next generation of XDCAM products, with a suggested list price per disc still to be determined.