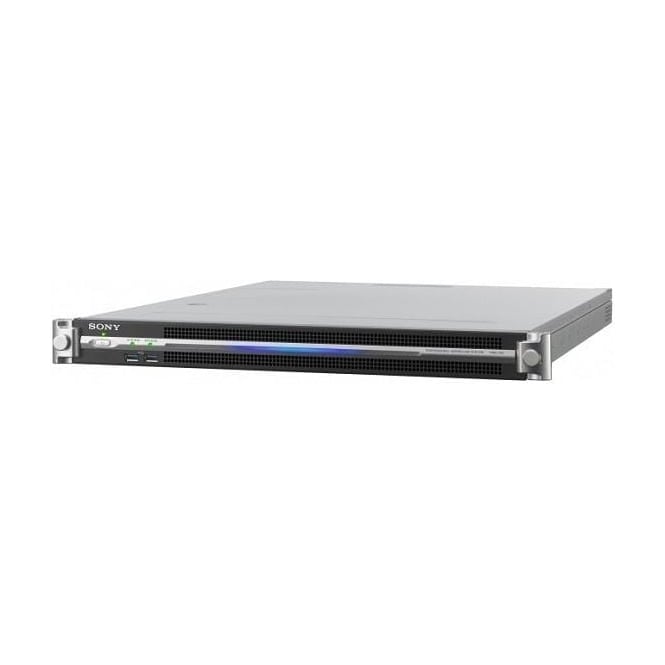 It's an advanced system for cost efficient live streaming video and audio direct from XDCAM camcorders using 4G/LTE and Wi-Fi networks. It uses Sony's unique QoS (quality of service) technology or MPEG2-TS to maintain video and audio integrity during transmission. One unit can simultaneously control two SDI outputs, which can be used to stream live from two locations at the same time. Multiple systems can be used together for greater input and output loads.

The PWS-100RX1 features reference and timecode input connectors, which enable synchronized operation with broadcast systems. In addition, it can output in a variety of broadcast formats, including 1080i and 720p. It comes with pre-installed Connection Control Manager software that enables easy connection to camcorders and delivers efficient handling of the live streams. The system works with a 4G/LTE or Wi-Fi dongle, or with the CBK-WA100 and CBK-WA101 wireless LAN adapter, all sold separately. As well as live streaming, the unit enables the streaming of MP4 or MXF files for efficient recording and editing. (The PXW-X180, PXW-X200, and PXW-X500 camcorders have built-in live streaming version upgrades.)