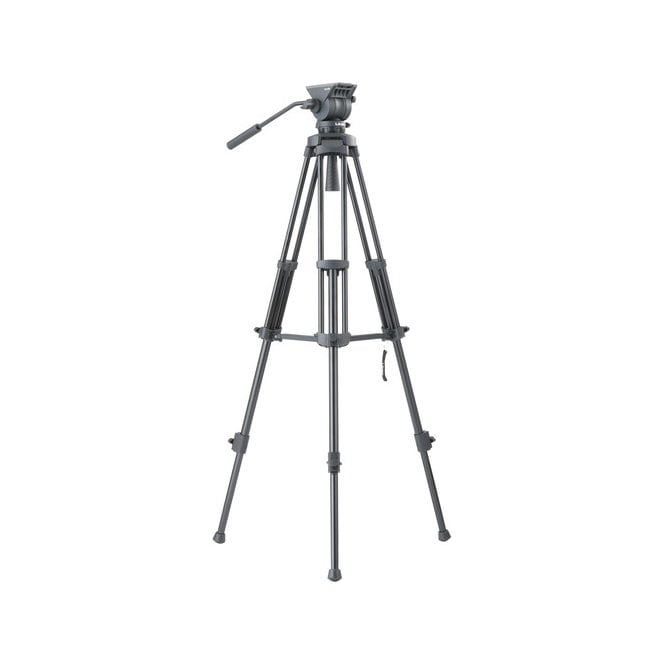 The Libec TH-Z Tripod System features a 75mm half ball/flat base fluid head and aluminum 2-stage tripod with a built-in spreader. It also includes a zippered soft carrying case. The head supports up to 11 lb and features fixed counterbalance and drag. It can be attached directly to the tripod or mounted directly on sliders and other support gear via the flat base, which has a 3/8"-16 mounting thread on the bottom. The head also has a snap-in camera plate system that allows for easier attachment of your camera. A pan bar is included and an optional second one is supported. The height range for the head and tripod combined is 28 to 63.5".

The Libec TH-Z H Fluid Head is a compact dual-function tripod head with an 11 lb payload and fixed counterbalance and drag. It features a native 75mm half ball and has a flat base with a 3/8"-16 mounting thread on the bottom of the half ball. It's directly compatible with 75mm bowl tripods but can also be mounted directly on sliders and other supports via the flat base. A tie-down is included for securing it to tripods.

The head has a snap-in camera plate system that lets you attach the included camera plate from above rather than slide it in from the rear. The plate has a sliding range of 1.2" once secured. It comes with a 1/4"-20 mounting screw and an anti-twist video pin beside it. A long rosette-mount pan bar is included and an optional second one is also supported.