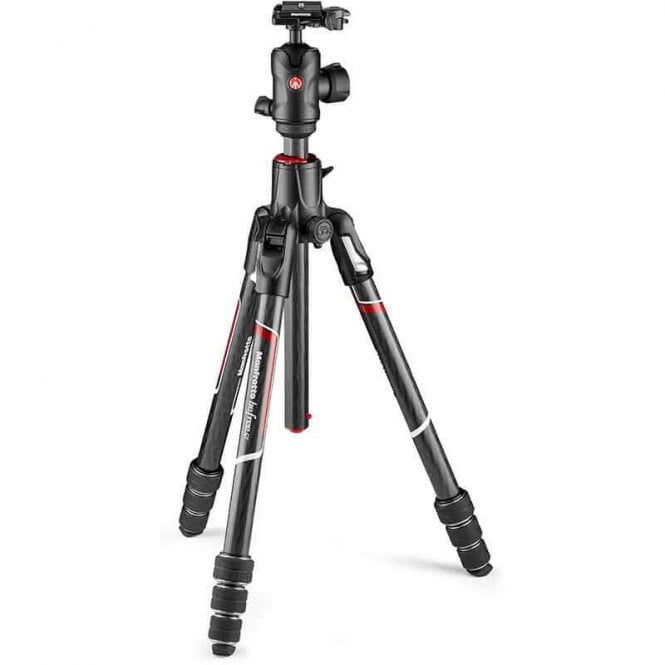 The Befree GT XPRO Carbon is the first Manfrotto Travel Tripod developed for professional macro photographers. A new carbon travel tripod that combines portability with maximum versatility enabling the most creative photographers to push their limits.

The Befree GT XPRO’s settings and controls are designed to be ergonomic, intuitive, and highly portable. It features a built-in 90°column mechanism in its top casting, which stays safely stored away until needed. Not only does this system allow the camera to be offset from the tripod’s leg position, it also provides the simplest possible way to shoot from ground level or directly overhead. The tripod is kitted out with Manfrotto’s advanced 496 head, a portable and powerful head that combines versatility and firmness with a great load capacity (holds up to 10kg) and independent panoramic and friction knobs for full movement control. Framing with zoom lenses is now easier and faster.

The M-lock enhances the Befree’s vocation as a support solution designed for rapid and secure performance on the move. The Befree GT XPRO also features the unique 200PL-PRO plate, made of a high-quality aluminium body, and fully compatible with Manfrotto RC2 & Arca-Swiss type head attachments: with 2 rubber inserts that maximise grip, even on the most angled shots. The Befree GT XPRO Carbon travel tripod is 43cm when folded and fits perfectly in its dedicated carry bag and every kind of hand luggages.