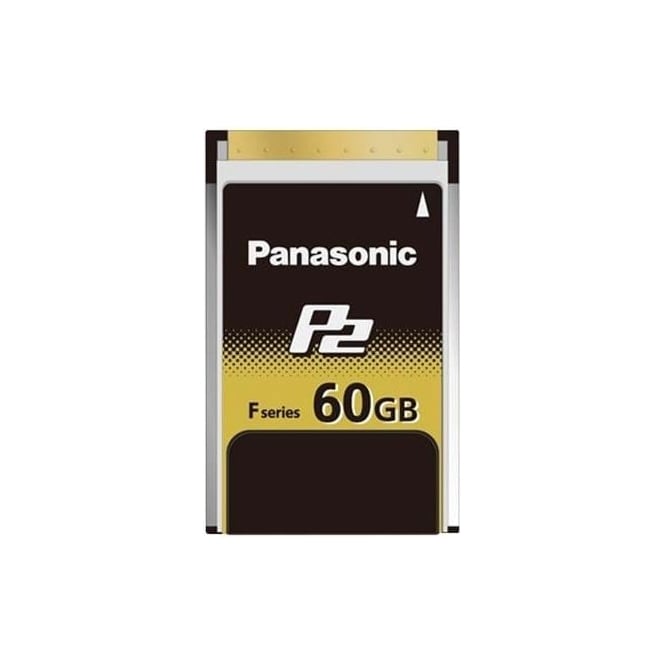 The rugged specifications of the P2 (Professional Plug-in) card ensure reliable recordingsunder harsh conditions and enhance newsgathering mobility. The solid-state memory requires no transport mechanism and it eliminates the possibility of mechanical damagethat can occur with videotape. Additionally it can be used for repeated recording and formatting over long periods.*2

The P2 card contains a flash memory error correction system,*3 which is equivalent to aRAID system which greatly strengthens the data retention reliability. The P2 card complies with the PC card standard (Card Bus Type-II), it can mount directly into the PC card slot ofa laptop PC to read or write data.*4 Its connector cleared the mount and unmount test at 30,000 repetitions confirming it is far more rugged than an ordinary PC card.

When used with a P2 Drive, (AJ-PCD30 or AJ-PCD35) the recording data on the F series cards can betransferred at speeds of up to 1.2 Gbps.*5

As well as the currently available codecs with the existing P2 devices the new F Seriescards support writing speeds up to AVC-Intra Class 200 in the AVC-ULTRA family*1.

*1: H.264 based video compression codec for broadcasting and video production professional use. It achieves high picture quality formastering due to 10 bit 4:2:2 sampling. Its video recording rate is approx. 200 Mbps (at 1080/59.94i, 1080/50i). P2 card F series don’t supportall formats supported by AVC-Intra 200.*2: The card replacement interval is about five years when entire (100%) data of E series or F series P2 card is rewritten once a day.*3: It has been adopted from the P2 card E Series (released in 2009).*4: A PC must be installed P2 card driver.*5: When using AJ-PCD35 or AJ-PCD30 with E Series or F Series P2 cards. However, 1.2 Gbps is the maximum transfer speed and theactual transfer speed is subject to be changed depending on system configuration such as bus , OS, software and network.