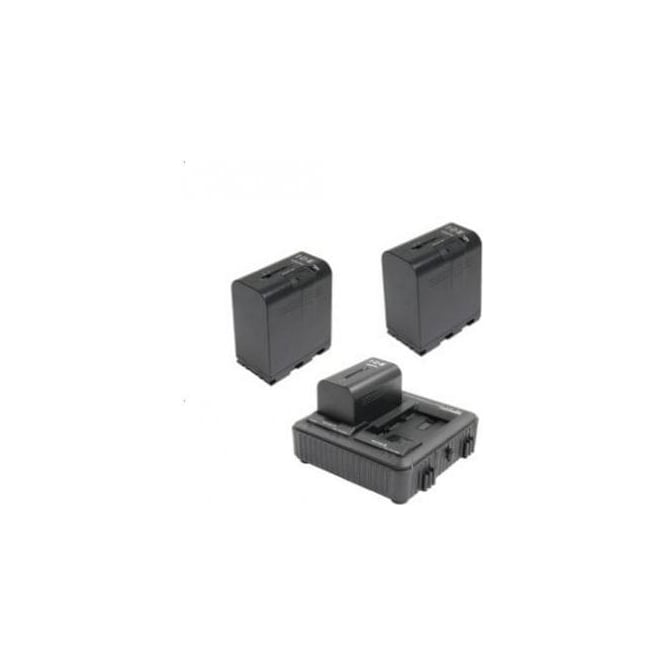 IDX has partnered with JVC to manufacture a high capacity Li-ion battery, designed specifically for use with the GY-HMQ10U and GY-HM600 Series Camcorders.

The LC-2J is a 2-Channel simultaneous quick charger for the IDX SSL-JVC50 Li-ion battery.  Each channel is operated independently, so batteries can be placed on charge in any order and at any time for a quick turnaround.  The LC-2J has an ultra compact footprint, but multiple LC-2J units can be connected to create a solid charging base is required.