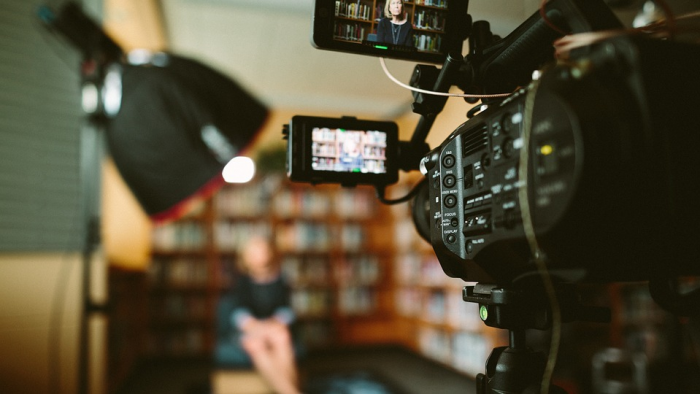 Many people often wonder how to be a good photographer, how to take better photos, what camera lens do I need? The world of broadcasting equipment can often be a bewildering one, but mercifully, our expert DigiBroadcast team are on hand to demystify what you need in our beginners guide to photography.

First things first, what’s the best camera for beginners? We recommend a smaller sized ‘point and shoot’ style camcorder to get you started on your filming and photography journey. Canon, Panasonic and Sony all offer some fantastic entry-level products that are functional, easy to operate and comprised of high-quality components and lenses.

Once you’ve found the perfect camcorder for you, it’s now a case of getting out into different environments and finding interesting subjects to shoot and hone your craft with. There are several ways in which you can do this and switch up your photography skills.

Most people can point and shoot at a stationary subject from a standard angle, but the trick to taking more interesting and engaging photos and footage starts with experimenting with camera angles and finding a new way to approach your shot.

Angles provide perspective and dimension, and so mixing up your methods is a surefire way to capture a creative looking piece of film or photography. Here are a couple of examples to get you started:

Use Depth of Field

Depth of field can make all the difference to a photo or piece of film, instantly giving your footage a professional and polished appearance. Depth of field will also draw the viewers attention to a specific part of an image, softening the background or mise-en-scene meaning that focus isn’t detracted from exactly where you wish viewers to look. 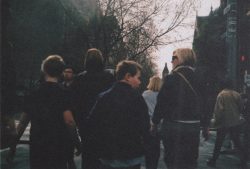 Photo by kevin laminto on Unsplash

Whether implemented via your camera’s settings or in post-production, camera effects can give your footage an altogether different feel. For example, shooting in black and white will give your film and photography a classic feel, while it also acts like a smooth, natural filter too.

A grainy effect adds a different mood and gives your footage and aged feel, much like an old piece of flickering film or dusty photograph. If you wish for your images to have a more polished, consistent feel, why not try experimenting with white balance? With white balance, you’re able to produce a more natural image and give your footage the correct ‘colour temperature’ and either a cooler or warmer colour effect.

Most people will have witnessed bustling cityscapes with blurred neons and countless numbers of cars zig-zagging through busy streets, this is achieved by slowing the shutter speed of your camera lens.

The effect of this is that moving objects are captured as a blur, while anything that is stationary in the shot will appear focused and sharp. This is especially effective when the moving object, such as a car, is emitting light. It’s best to use a camera tripod when experimenting with slow shutter speeds, this allows still objects to be captured crisply without any accidental knocks or blurs in focus.

We’ve all seen the comedic shots of people pinning up the Eiffel Tower or propping themselves against the Leaning Tower of Pisa, these creative shots are captured by tinkering around with an image’s scale.

Rather than having the person or people in the image standing stationary in front of a subject in its standard scale, these playful images can make large objects appear small and vice-versa, this is called ‘forced perspective’. Practice this with a local building, or even scale up smaller items such as toy cars and food, there’s endless fun to be had! 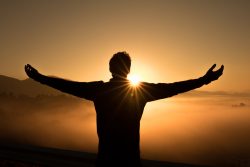 Sometimes, the oldest tricks in the book are the best, and this can certainly be said about the use of shadows and silhouettes in film and photography.

There’s perhaps no better way to bestow mystery upon a shot and create drama than manipulating the natural light at hand. This technique requires no extra kit, just a little cunning and clever to capture the perfect footage or imagery. Should natural light be absent or you require more dependable results, studio lighting works just as well.

Shadows can be created by positioning the subject just so in strong light, a technique especially popular in horror, while a silhouette can be captured by placing the subject in front of a source of light, a method that you’ll often see in murder mysteries, dramas and more to hide the identity of assailants.

If there are any other photography and film techniques you’d like to learn about, or you’d like further information on our cameras and equipment, check out our handy buying guides or get in touch with our friendly team!