So, you’re capturing the perfect footage for your project using our camera and lighting guides, but it’s common knowledge that every good film also needs great quality audio to go with it.

Here at DigiBroadcast, you’ll discover a fantastic selection of high-quality sound equipment that’s ideal whether in the studio, used for a public announcement or during live events. With premium products from the industry’s biggest and most trusted brands, you can buy with confidence that sound equipment sourced here is able to deliver an impressive performance whatever the conditions.

Browse below for our handy buying guide on the best audio equipment to suit the specific needs of your project.

If you want to capture audio, you’re going to need a microphone or microphone kit. Microphones come in many shapes and sizes and, depending on the job at hand, you’ll require a different style of ‘mic’ for the capturing of specific sounds.

Our expert team at DigiBroadcast have listed the types of microphones available here and their uses: 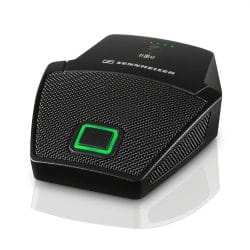 Boundary microphones are primarily designed for capturing speech, and you’ll ordinarily find them in the likes of office-based and conference environments.

Products such as the Sennheiser SL Boundary 114-S DW pictured are optimised for speech transmission, and many, such as the product featured, offer wireless connectivity to free spaces from the clutter of cables. 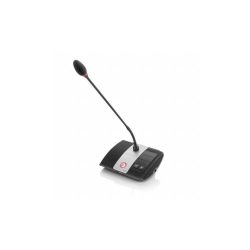 Gooseneck microphones are the preferred microphone of choices for conferences, lecture theatres and public speaking. They are widely used in these industries thanks to their hands-free application and ability to pick up audio from the top area of the mic while avoiding unwanted background noise being transmitted.

Gooseneck mics such as the Sennheiser ADN-W C1 pictured also incorporate built-in twin loudspeakers, a feature that is especially useful in a conference where back and forth calls and communication is commonplace. 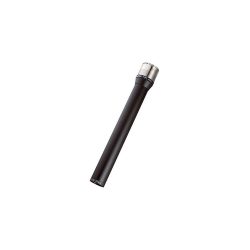 If you’re asked to picture a microphone, the first thing that will spring to the mind of many is the handheld microphone.

Commonly used within the music industry as well as public speaking and live television, handheld mics have the ability to pick up sound directly from the mouth incredibly clearly but will cancel out most background noise such as loud instruments and the like.

Quality products such as the DPA 4041-SP pictured aid in this by including features that are able to handle high sound pressure levels, producing a clear and natural sound with no distortion. 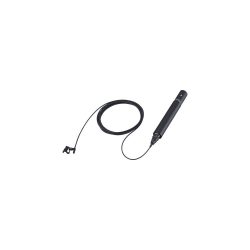 A lavalier microphone (also known as a lav mic or lapel mic) is a small, inconspicuous microphone that is commonly used within broadcasting, public speaking and theatre.

The lavalier mic boosts high frequencies in order to compensate for a loss of audio clarity that would ordinarily occur when mounted away from the mouth, given that these microphones are commonly placed on the chest or collar of the wearer. Though boosted, the lav mic still produces a fantastic quality of crisp, clear sound.

Products such as the Miniature Broadcast Wired Lavalier from Sony boast a compact, water-resistant design that can withstand the rigours of a long day of filming. 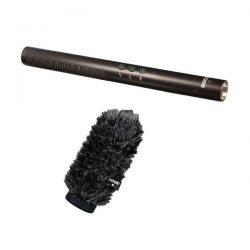 You’ll find a shotgun microphone used in public speaking, anywhere from speeches and meetings to conferences and lectures. Their ability to be operated without being held makes them a popular choice, as well as their ability to pick up sound at large distances.

The ‘shotgun’ is a highly directional microphone and uses a narrow yet extremely concentrated beam to record audio, and so it’s vital that the microphone is pointed directly at the speaker for the best results.

Shotgun microphones such as the Rode NTG4+ are available in some amazing value packages, and take ordinary shotgun mics digital, allowing for extended dynamic range and more robust and efficient operation. 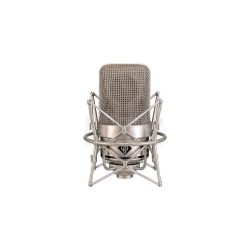 As the name would suggest, studio microphones are intended for the confines of a recording studio for the capture of both vocals and instruments.

Depending on the nature of the recording, you’ll require the right microphone for specific audio, for instance, a studio mic used for vocals will not be suitable for recording drums.

A product such as the M 150 Tube Microphone by Neumann can be used for vocal recording as well as various instruments, and it’s impressive features include a low noise flow as well as a clear, warm audio character. 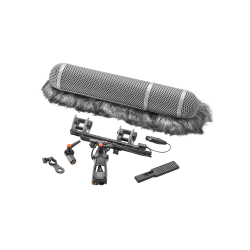 When capturing sound, it’s important that you only pick up the desired audio and not external noise and disturbance, especially when filming outdoors.

Windshields and boompoles allow for the capturing of audio that’s free from distortion while also giving you greater control over the microphone at distances. This is widely used in television production to capture sound from a scene without the intrusion of a visible microphone. 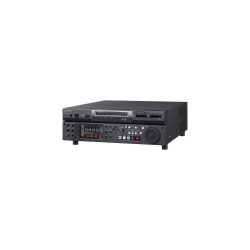 Audio mixers present the all-in-one product for accepting and combining audio signals, as well as the processing and monitoring the sound.

They’re ideal for use in a number of settings, including in the studio, at live events, broadcasting and for film and television purposes.

Products such as the XDS-PD2000 Professional Media Station from Sony combine practicality with functionality, offering massive internal storage, high-speed operation and low power consumption to provide an extremely effective product for whatever the environment. 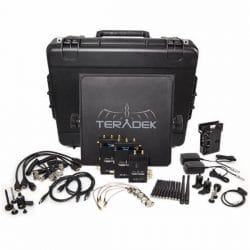 Wireless transmission, commonly shortened to ‘wireless’, is the transfer of an audio signal between two points or devices that are not connected via wires or an electrical conductor.

Widely used in broadcasting and cinema, a wireless transceiver set such as the TER-BOLT-995-2V from Teradek offers a complete kit of high-quality components, providing all that you need for clear and effortless wireless transmission. 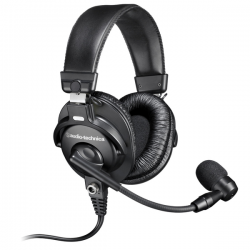 Headphones and speakers are widely used in sound production and broadcasting, whether that’s listening back on captured audio through high-quality headphones on a shoot, on-air news and sports commentary or editing audio through speakers in the studio.

Whatever the setting, it’s integral that you experience a premium quality of audio to achieve the best results possible for your production. Headphones such as the BPHS1 Broadcast Stereo Headset with Dynamic Boom Microphone offer a natural sound and focused, high-quality vocal reproduction for crisp, clear audio during a range of broadcasting environments.